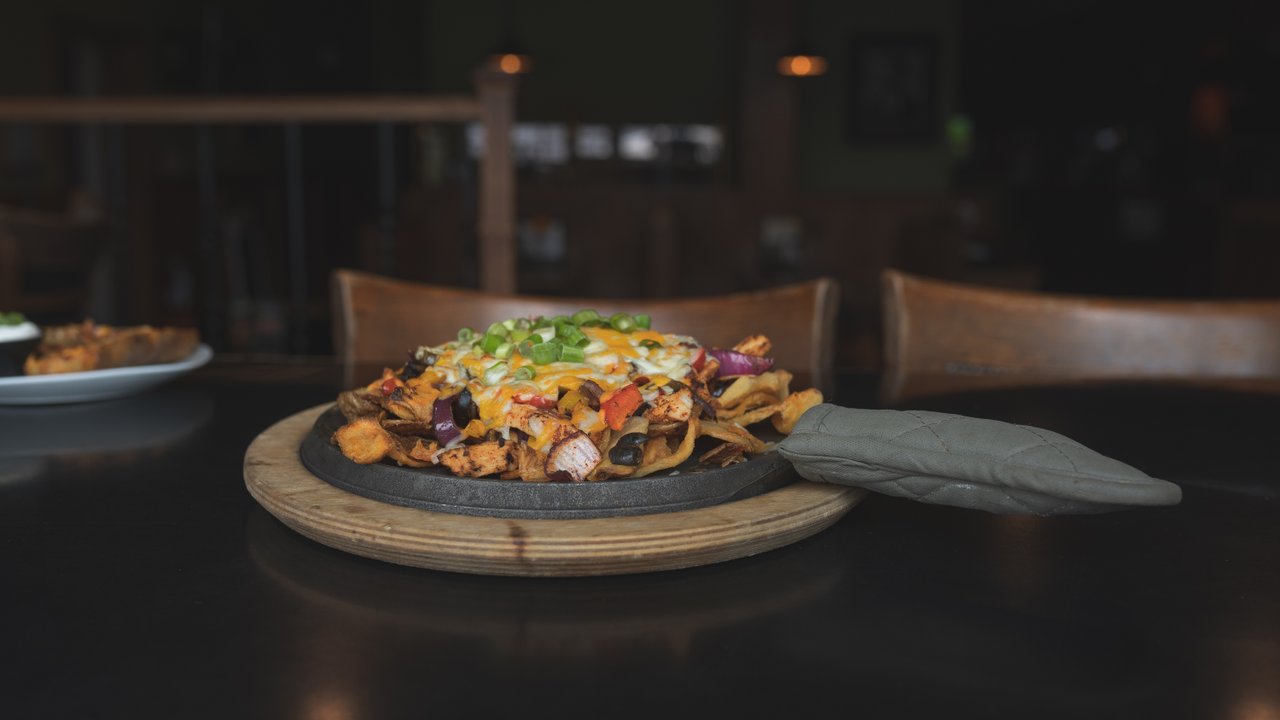 As food culture spreads in New Brunswick province, you can experience lasting and enjoyable travel memories while exploring its tourist attractions by dining in beautiful restaurants. You can choose your destination according to your taste; in international restaurants with homemade sauces, seafood restaurants, various attractive cafes, and delicious bakeries by selecting affordable food for every budget and creating an incredible food experience.

Traditional seafood delights like lobster rolls (Hot Dog Bun or roll, mayo or butter); chowder (each restaurant has its own recipe); and fried clams, the ultimate coastal road trip treat.

Discover some of the restaurants in New Brunswick

The Sushi Blossom Restaurant is an Asian restaurant that opened in the Kennebecasis Valley. Sushi Blossom is run by Kim and Jang, both of South Korean descent. Their goal is to share their food and culture with customers. Sushi Blossom’s menu offers a wide range of Japanese and Korean dishes. And of course noodles, ramen and sushi dishes are the most famous dishes in this restaurant.
Positive comments from customers on the Facebook page demonstrate their satisfaction with the atmosphere and food of the restaurant:
“Fantastic cuisine (terrific food), Excellent and hospitable staff, The best noodles around! 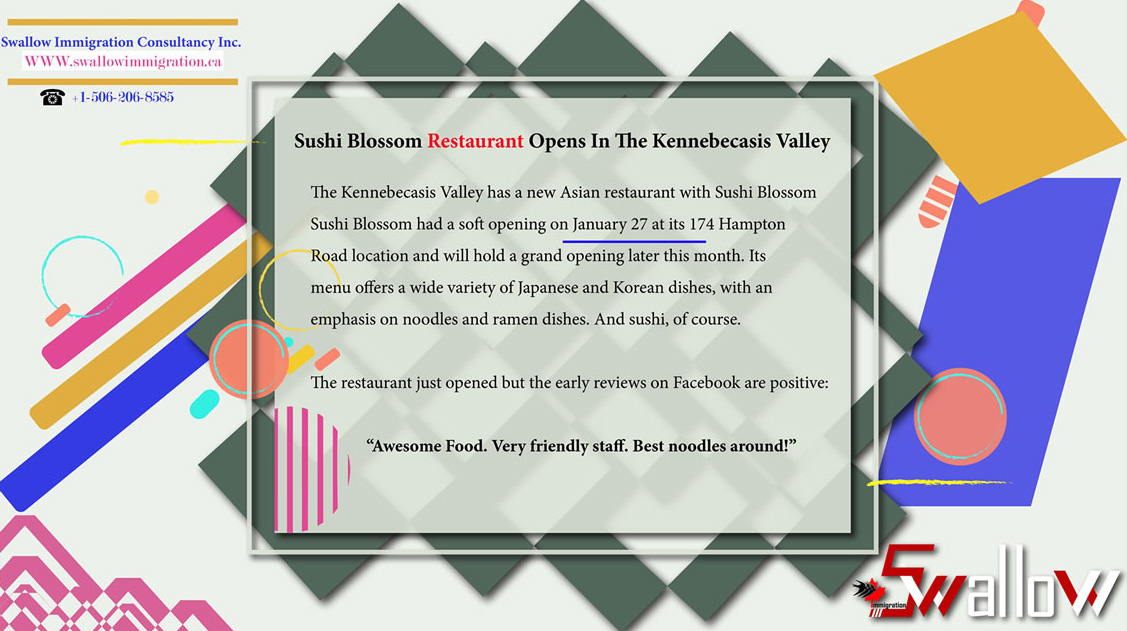 Rafat Harb, along with his family, first came to Halifax in 2016, after spending three hard years in the Al-Zaatari refugee camp in Jordan. Contrary to many people’s beliefs, Rafat began to take a job shoveling snow two weeks after landing in Halifax, a material he had not seen before moving to Canada. During that snowy winter, Rafat sometimes worked 16 hours a day.
Rafat also volunteered at food banks and elsewhere to enter the community and learn English besides Canadian culture. He has experienced a variety of professions, including the sale of homemade products and the Syrian Meat Shop. After graduating with extensive business experience, he graduated from the NSCC in December 2020 with a degree in Business Administration.
Rafat’s vision for the future was broader. So on February 11, 2021, he launched the Syriana Market in Halifax. Success in the new market is quickly achieved, as the multicultural city of Halifax enjoys shopping for a variety of international goods in one store. 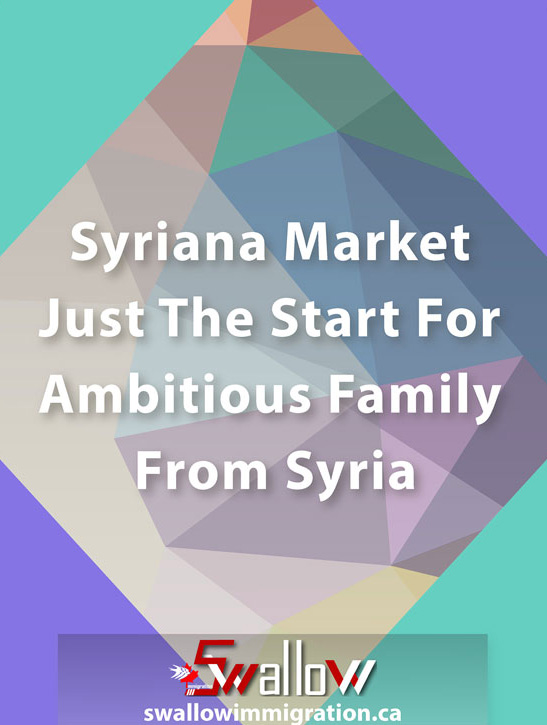 Mrs. Dunster’s Bakery In Moncton
Canada’s largest bakery in Atlantic Canada belongs to Mrs. Dunster, who started in Moncton.
All of Mrs. Dunster’s products are made at Maritimes and are freshly baked every day. This large bakery, in addition to the delicious donuts that have many fans, offers a wide range of sweet baked goods, bread, and rolls as well as ready meals.
Mrs. Dunster’s delightful products are trusted by more than 600 stores and 200 restaurants in the country, and her products’ popularity has spread to various parts of Canada, including Ontario and Quebec. 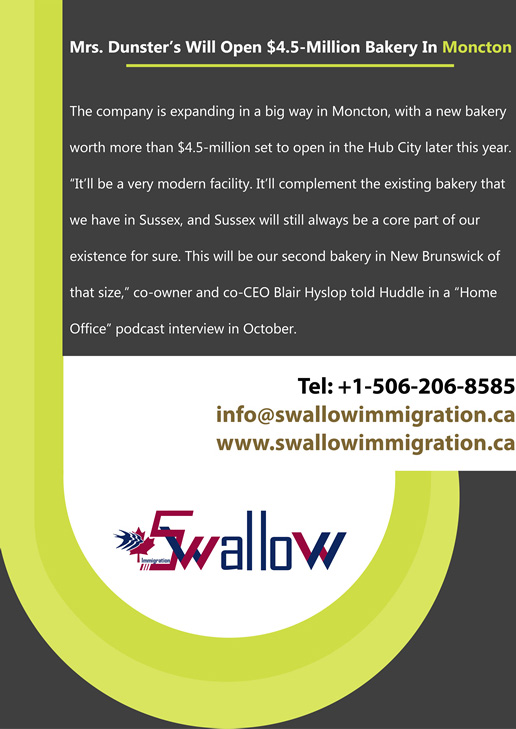 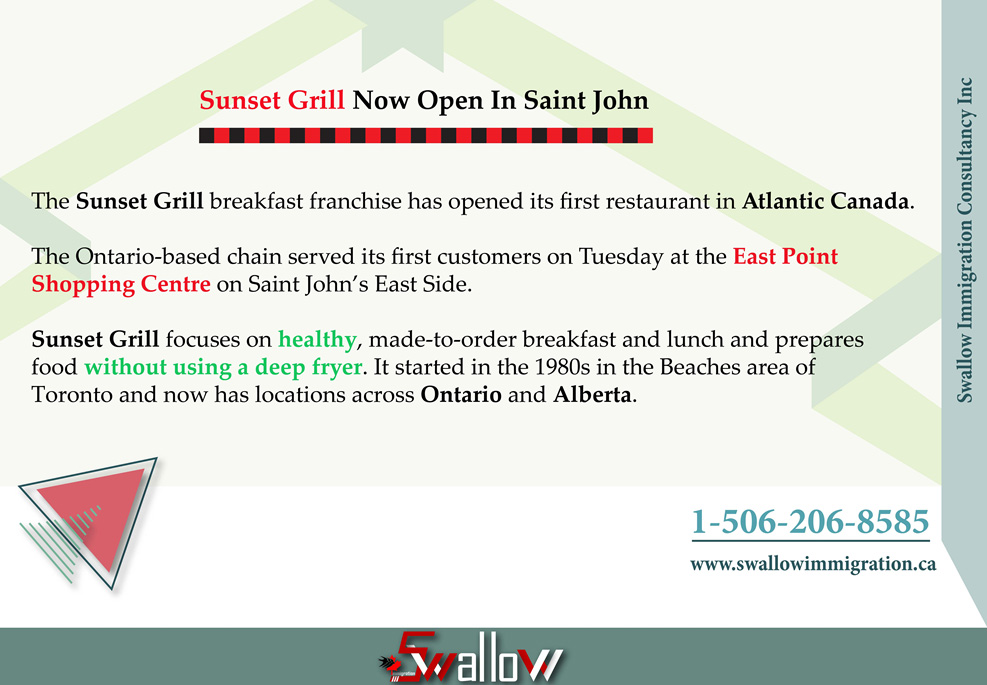 MONCTON IHOP – The International Pancake House in NB
IHOP, an American restaurant, opened its branch in Atlantic Canada, NB, on January 14, 2020, and was well-received by customers.
In addition to its popular breakfast foods such as pancakes and waffles, IHOP now serves a wide range of other foods (lunch and dinner items) which are beloved by all ages.
IHOP is a good destination for you if you are looking for tasty food at a reasonable price and warm and pleasant service. 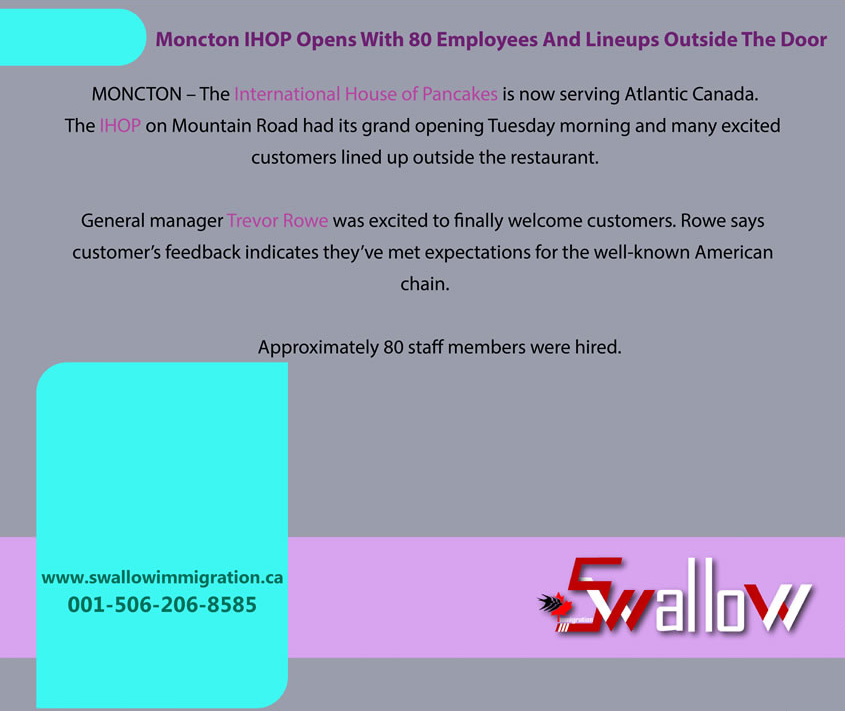 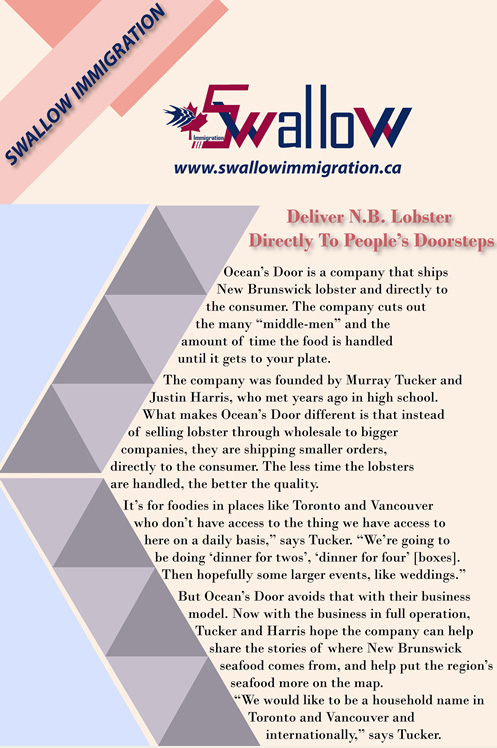 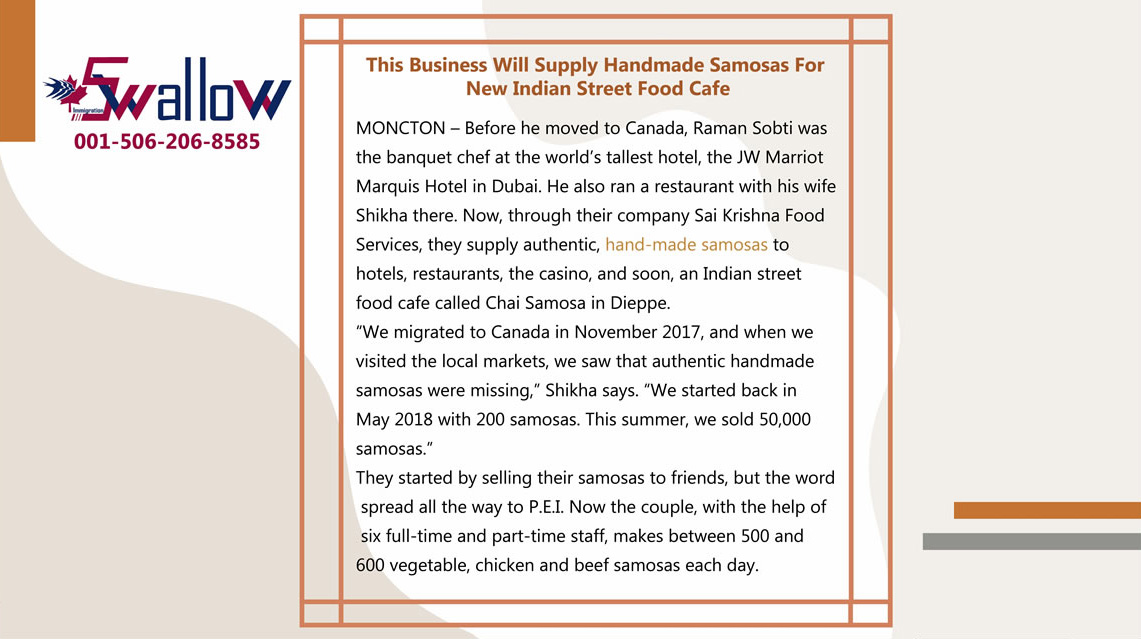 Mezza Lebanese Kitchen is a family-run restaurant that shares the taste of authentic Lebanese and Middle Eastern cuisine with its customers. A branch of this restaurant has opened in Moncton.
The motto of the founder of the Mezza Lebanese restaurant chain is the love of food, longing for family, and enjoyment of life. Over the course of 25 years of experience, they have gained a great deal of reputation, which has a lot to do with the focus on food freshness. The delicious taste of Lebanese food is due to the use of local chicken and local products prepared with homemade sauces. All the necessary materials are carefully selected. Therefore, the delicious taste and excellent quality of Lebanese food are provided to customers at an affordable expense. 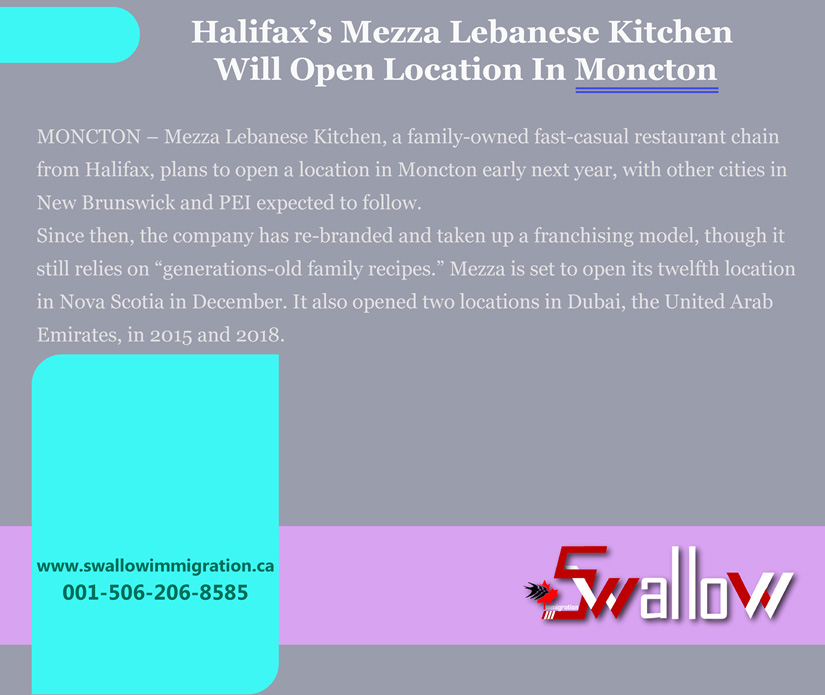