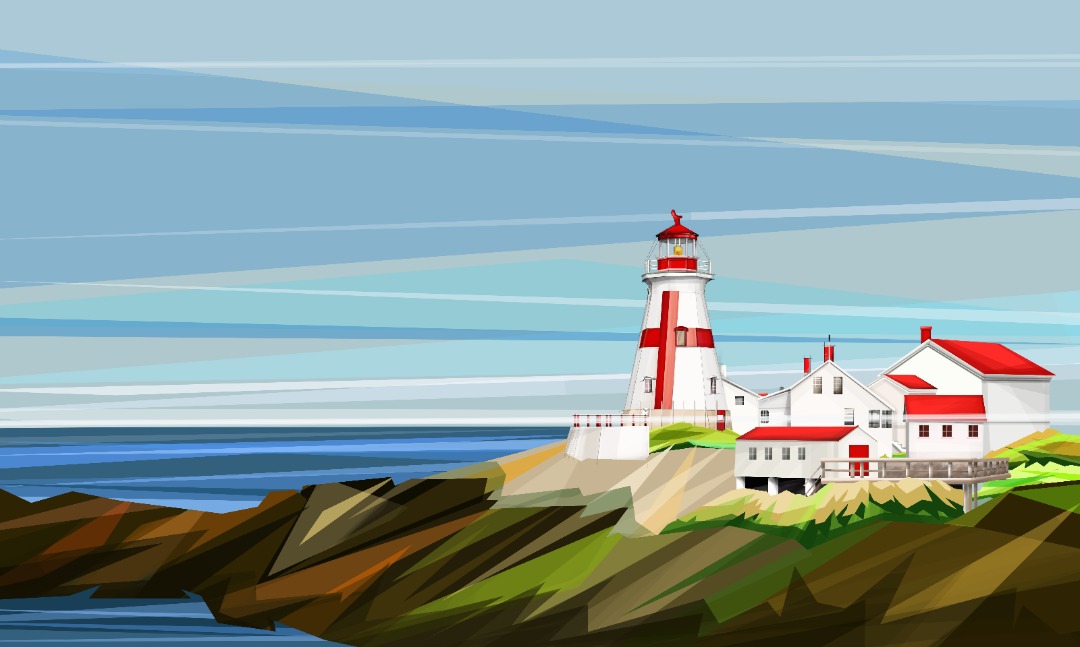 Head Harbour (or East Quoddy) Lighthouse was constructed in 1829 on a small, rocky islet, located off the northern tip of Campobello Island, New Brunswick. Known as the “Head Harbour Light” to local residents, the tower is specified as a Classified Heritage Site. The Lighthouse is accessible by land only at or near low tide by a road between the north end of the island and Wilson’s Beach, the nearest settlement. For many years, it was employed as a means of helping ships in the area navigate the famous Bay of Fundy fog, high tides.

Head Harbor Lighthouse is identified by a fifty-one-foot-tall wooden octagonal tower that has a white-shingled exterior, with a large red cross painted on the eastern side, and it was the first lighthouse constructed in New Brunswick outside of the Saint John Harbour.  It is believed this distinctive daymark has been on the tower since at least 1850. It is said that Head Harbor Lighthouse is the older sister light of West Quoddy Light in Lubec, Maine. In 1988, the original 1829 tower, the oldest surviving lighthouse in New Brunswick, received classified status from the Federal Heritage Building Review Office.

The structure supplies a distinctive daymark for those navigating the St. Andrew’s portion of the Bay of Fundy. Over the years it has been utilized various steam whistles, signal guns, and lamps were to help aid navigation on this densely fogged section of the coastline. The original octagonal, wooden tower is still in use, and although the light still glows into the bay, it is no longer employed.

If you want to visit the Head Harbo lighthouse in the province,

You’ll have to wait for low tide. Head Harbour Island is accessible only by foot, so check the tidal schedule before setting out!