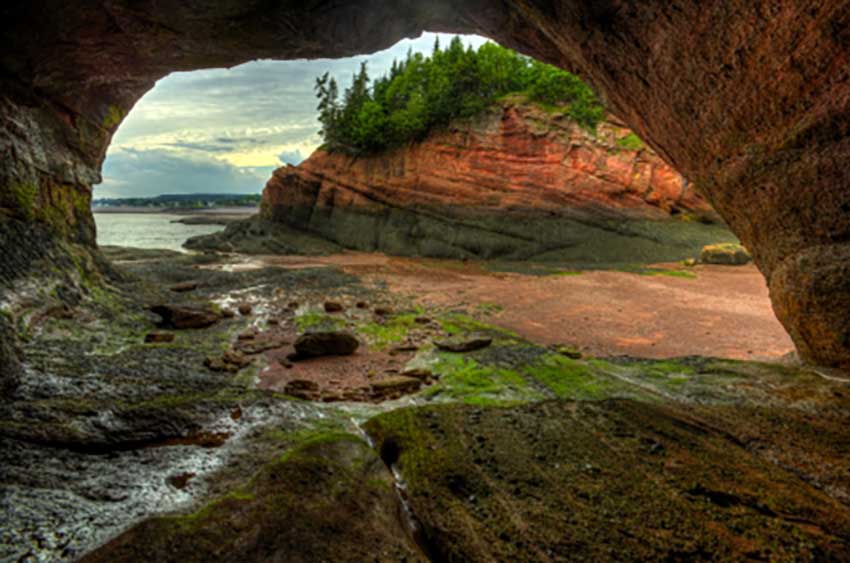 In New Brunswick, the land area is roughly 73,440 square kilometers. It is shaped like a rectangle, about 242 kilometres (150 mi) from east to west and 322 kilometres (200 mi) north to south. The northern part of the provincial territory is dominated by Appalachian Mountains and the southern part is dominated to the Bay of Fundy.

The highest point of the province is Mount Carleton, standing at 820 metres (2,690 feet). The interior is mostly forest-covered plateau, while the eastern region is fairly flat, and the southern region is rugged. From north to south, the St. John River divides the province.